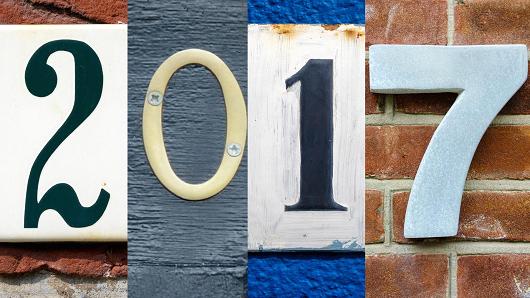 Although 2016 has been a year of global uncertainty, marked by a spring of nationalist-populist and far-right ideologies dawning on both sides of the Atlantic, real estate markets in Asia-Pacific remained relatively robust.

Investors around the region are still, and will still, allocate capital to real estate.

“There has been a lot of capital around in 2016, with new investors attracted to Asia whether they are large sovereign funds, pension funds or Chinese insurance companies,” said Stuart Crow, Jones Lang LaSalle’s head of Asia Pacific Capital Markets.

“The outperformance of capital values compared with rents has pushed core yields to new lows in many markets across Asia Pacific,” said Dr Megan Walters, head of research at JLL Asia Pacific.

“But the overall commercial real estate investment market should remain stable in 2017, as we expect continued institutional appetite for real estate in the region but an ongoing shortage of stock.”

What’s next for Asian and Pacific markets? JLL does some mirror-gazing: 1. Vietnam will be the country to watch for in ASEAN

Southeast Asia will be the one to watch for 2017, according to JLL. Vietnam will be particularly sought after, due to vigorous economic growth and greater market transparency. Its real estate sector saw a 12 percent year-on-year increase in investment this year.

However, investors are expected to fall back on Australia, for its transparency and higher yields, and Singapore, for its attractive entry points. The Beijing government is set to clamp down overseas investments of more than USD10 billion and M&As worth more than USD1 billion. These curbs notwithstanding, there will be no limiting the extravagant amount of capital outflows gushing out of mainland China.

“The trend of Chinese capital going out for real estate is not stopping,” said Crow. “If anything, it is going to gather momentum due to the enormous capital base in China.”

Most investors in China will still see overseas investment as a “strategic move,” he said. In fact, China is now the world’s largest cross-border real estate investor, having invested nearly USD18 billion into commercial property assets internationally in the first three-quarters of this year. Investors will be on the prowl for value in 2017, said Walters. “Finding value is challenging. As a result, investors will increasingly look for value in off-market deals, newer and secondary cities as well as newer sectors.”

As more and more consumers decide to live in compact homes, the need for self-storage facilities will become ever more pressing.

Other opportune areas to watch for in 2017 include the logistics sector, due to the rise of e-commerce, and data centres, due to a higher take-up of cloud computing and big data. 4. More and bigger deals to continue

2016 was the year of record-smashing commercial deals, such as Qatar Investment Authority’s purchase of Asia Square Tower 1 in Singapore, China Life’s purchase of the Century Link complex in Shanghai, and Brookfield Asset Management’s acquisition of International Finance Centre Seoul.

“There is every indication that this trend for big ticket deals will continue into 2017,” Crow said.

“The prospect of most central banks keeping interest rates low for an extended period means capital continues to be deployed into real estate investment. This will help buoy corporate occupational demand and rent performance. Yields in core asset classes will remain stable because of investor demand.” Uncertainty from the new US administration may lead to a stock market and currency volatility, as well as political risk due to geopolitical tensions.

“This may drive the world’s largest investors to increase their allocations to the asset class because of real estate’s safe haven nature and diversification benefits plus relatively higher returns,” Walters said.