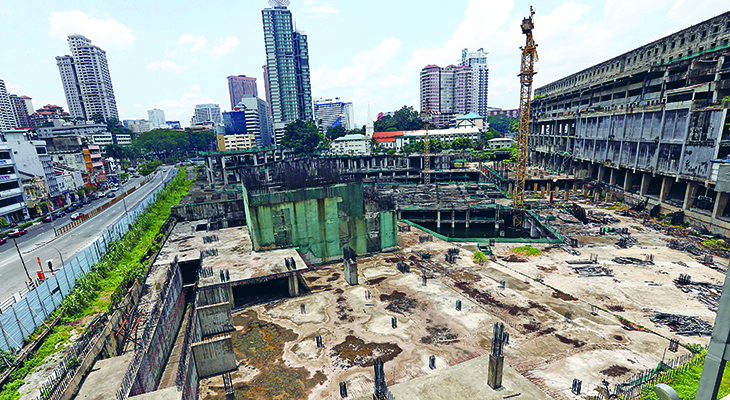 According to the Deputy Minister of Federal Territories Datuk Dr. Loga Bala Mohan, the long abandoned Plaza Rakyat will be refurbished and work is expected to start in June 2017, reported Bernama.

“Before we start work on this building, we have to first settle the claims of the depositors of the project. Hence, we have advertised on 15th April and the depositors have time until 7th May to respond.”

The project was abandoned for about 20 years, in the year 1997 due to the country’s economic crisis and the financial struggle faced by developer Plaza Rakyat Sdn Bhd (PRSB).

The redeveloping works will be conducted by Profit Consortium Sdn Bhd and the firm signed the sale and purchase agreement with Kuala Lumpur City Hall on 30th Oct 2015.

The depositors or the beneficiaries can make the claims by producing the sales and purchase agreement of the business lots. They will be also given the option to make claims or get replacement lots in the refurbished building.