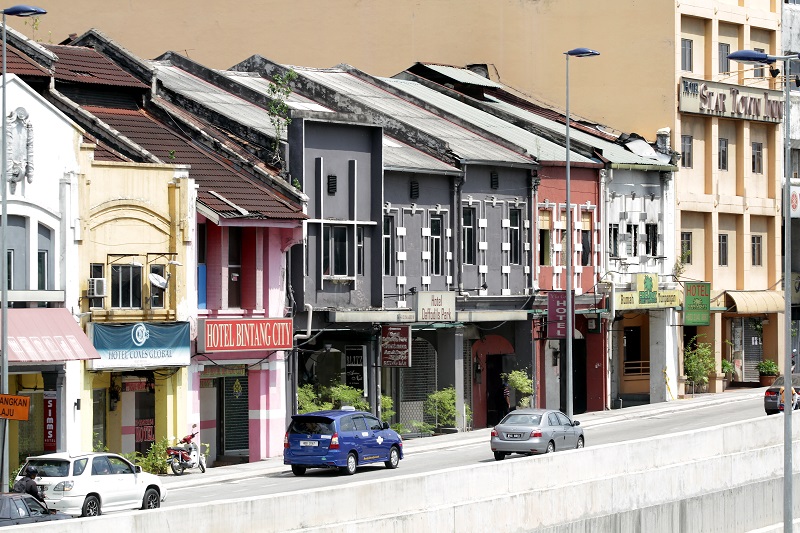 Kuala Lumpur City Hall (DBKL) has hit a snag in its effort to legalise unlicensed businesses.

Budget hotels has a host of building guidelines to comply with and some are not able to be met, through no fault of the business proprietors.

When DBKL embarked on its mission last year to legalise all unlicensed businesses, it offered conditional licences that was valid for one year.

The conditional licence holders were required to fulfil all the stated criteria in six months to receive a full licence.

In an interview last month, then DBKL Socio-Economic Development executive director Datuk Normah Malik said among the many businesses that were not licensed, budget hotel owners faced the most difficulties.

“The conditional licence holders were required to fulfil all necessary criteria in six months.

“For straightforward cases, if the business owners have fulfilled the criteria during the given period, they will receive a full licence.

“But owners of budget hotels are facing many problems due to standard building guidelines needed by the Fire and Rescue Department, which are very difficult for many to comply with because of limitation in infrastructure.

“Many budget hotels are set up in old shophouses which have limited space and many are also in rented properties with only several years’ lease, making it a risk for them to invest in renovation work on the building.

“As such, out of 77 conditional licences given to budget hotel owners in February last year, only one managed to get a full licence,” she said before her retirement last month.

“The fire department building guidelines for hotel are standard across the board, meaning the same requirements given to a five-star hotel also apply to a budget hotel.

“As such, DBKL is working with the fire department to simplify the building requirements for the budget hotel category only.

Having said that, DBKL will not simply endorse any building just because it is a budget hotel.

“We will still make sure the important fire and safety features are met,” she added.

Budget hotel owners were the first batch of businessmen who received conditional licences on Feb 17 last year. The licences will expire next month.

“I am grateful that the local government understands our problem. DBKL officers met me in November to ask about our problem to put forth in their proposal.

“The rise of ‘sharing economy’ models like Airbnb has affected the budget hotel business greatly.

“Properties offered in such ‘sharing’ business models have minimal cost and no licensing requirement, making them able to provide accommodation at a cheaper rate,” he said.

Normah said that as of October last year, 9,258 conditional licences had been issued.

“There was no reason for businesses to continue illegally anymore.”

She said DBKL made the licensing process very convenient for business owners.

DBKL appointed Oracle Synergy Sdn Bhd to inspect all business premises and collect data. The company has been assigned to visit every business outlet and check if it was properly licensed. If it is not, Oracle staff will advise them on what needs to be done.

“Once the survey in one constituency is completed, DBKL will organise a licensing campaign in that area for the business owners to apply for a conditional licence.

“All the agencies involved in the licensing process will be present to give advice.

“The business owners only need to bring documents related to the premises, business, their identification card and money to pay the fee, and the conditional licence will be issued on the spot.

“Those who did not qualify were those operating in illegal premises, did not bring the necessary document or did not have enough money to pay the fee,” said Normah.

She added that until October, about 88,000 premises had been inspected, of which 18,000 were not licensed.

For those who have received the conditional licence, Normah said there were three categories of business owners.

“For those who have fulfilled the requirements, their conditional licence will be renewed as a full licence when the time comes. For those who made the effort but faced some hurdles, they will be given a month extension to do the needful.

“Meanwhile, those who sat on it will have their licence revoked and necessary action will be taken.”

Normah said many were shocked at how easy the licensing process was.

“There were many cases of businessmen using the services of runners to get licences from DBKL, thinking that it was a tedious and troublesome process to go through.

“There was one case where a businessman paid RM5,000 to a runner but never received the licence because the runner gave many excuses to delay the process. The runner did not send in the application because he was trying to get more money from the businessman.

“So I advise business owners to come in person to get their businesses licensed.

“If you are running a legal business in a legal premises, you will be licensed,” she added.

On average, business premises licence cost between RM200 and RM400 for a year.

Normah said the aim of DBKL’s exercise was to ensure all businesses in Kuala Lumpur were regulated.