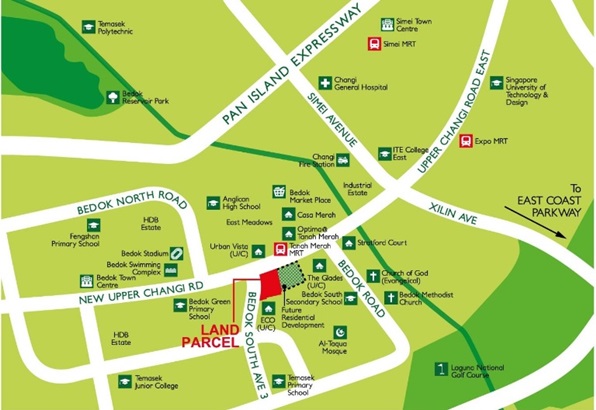 The 2.4ha site which could yield about 570 housing units was made available for sale on the reserve list of the second half 2015 Government Land Sales (GLS) Programme.

On 7 January 2016, the URA announced that it had received an application from a developer for the site to be put up for public tender. The developer had committed to a minimum bid price of $320 million in the tender for the site.

“The bid that triggered the launch of the site is slightly conservative, as the developer may have presumed a 15 percent decrease in sales price from December 2015 to October 2016. Assuming that prices will dip by about five percent, we anticipate the winning bid to be around $380 million ($690 psf) to $400 million ($725 psf),” said Dr Lee Nai Jia, Regional Head of Southeast Asia Research, DTZ.

“Given the location, we expect the number of bids to be around 10,” he added.

“Rental yield in the area is about three percent to 3.5 percent, which is pretty attractive for residential developments,” noted Lee.

The tender exercise will close on 23 February 2016, said the URA, adding that any tender below $320 million will not be considered.

Meanwhile, The Glades, a 726-unit condominium located at the corner of Bedok and New Upper Changi roads, is set to be completed in 2017. The 3.2ha site was sold to Keppel Land for $434.6 million in October 2012.

According to Lee, The Glades has sold 371 of the 400 units launched, while nearly all units in Eco, another nearby development, have been transacted. The prices for The Glades as at December 2015 ranged from $1,274 psf to $1,540 psf.