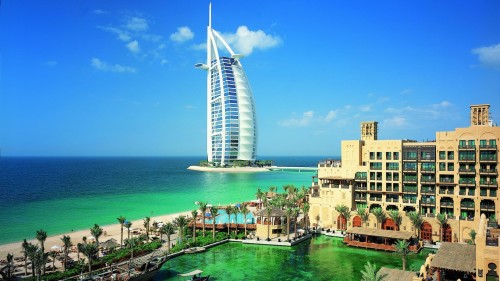 Dubai, Abu Dhabi and Sharjah remain by the destinations of choice for wealthy Gulf individuals with an interest in investing in property.

According to research by Cluttons, which polled high net worth individuals (HNWIs) across the region, Dubai is the most popular city for real estate investment, with 27 percent saying they picked the emirate as one of their top three preferred destinations.

Twenty-two percent of HNWIs saw Abu Dhabi as their next preferred destination, while 8 percent picked Sharjah.

Four other Gulf cities – Doha, Kuwait City, Riyadh and Muscat – all saw between 3 and 4 percent of HNWIs choosing them as preferred destinations for investment.

While the majority of respondents to the survey did not specify exactly which part of Dubai they would be interested in investing in, the most mentioned areas were the Springs and Bur Dubai for residential property, and Deira and Downtown Dubai for commercial real estate.

Cluttons said it expected prices as a whole to fall by 5 percent in Dubai over the course of 2016.

Data from the Land Department shows that individuals from the Gulf were the largest investors in Dubai property last year, spending AED44 billion ($12 billion) in the city.

The majority of that sum came from Emiratis, who spent AED26 billion, followed by Saudis who spent AED10 billion.

Outside the Gulf, Istanbul emerged as the top pick for regional investors, with 8 percent citing it as one of their three preferred destinations.

“The importance that regional investment safe havens, such as the UAE and Dubai in particular, play in HNWI investment strategies is clear as evidenced by the outcome of our survey,” the Cluttons research report stated.

“While global locations such as London and New York will always have their place, the rise of Dubai’s property market over the past 14 years has captured the attention of the region’s wealthy. And despite challenges to the UAE’s economic growth in the short term due to the global headwinds to growth, Dubai’s appeal does not appear to have been dented.”