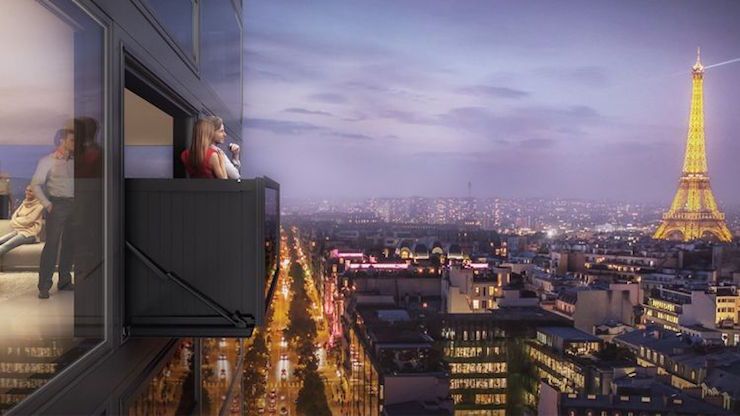 There’s now a way to transform boring glass window into a balcony that will add more living space to any apartment or condominium unit.

Amsterdam-based design firm HofmanDujardin has designed a “convertible” window that transforms into a balcony just by touching a button, Domain.com.au reports.

The prototype was announced around seven years ago, according to Gizmodo, which noted that the morphing technology could become a hit with tenants who want to install an al fresco experience in their homes.

HofmanDujardin’s co-founder Michiel Hofman said: “The Bloomframe window is playing an essential role in the positive evolution of our cities, encouraging us to re-think and improve interior space options.”

Dutch manufacturer Kawneer has made the design a reality, including the engineering specifications to make it safe and sturdy for home use.

“Hybrid windows” is a niche market that’s becoming more popular. Last year, Velux announced a similar concept for its Cabrio Balcony that turns a small area in a loft or attic. Industrial designer Aldana Ferrer Garcia also created a design called Hopper Niche that extends a pop-up window like a an accordion for extra lounging space.