Beautifying Your Home With Curtains 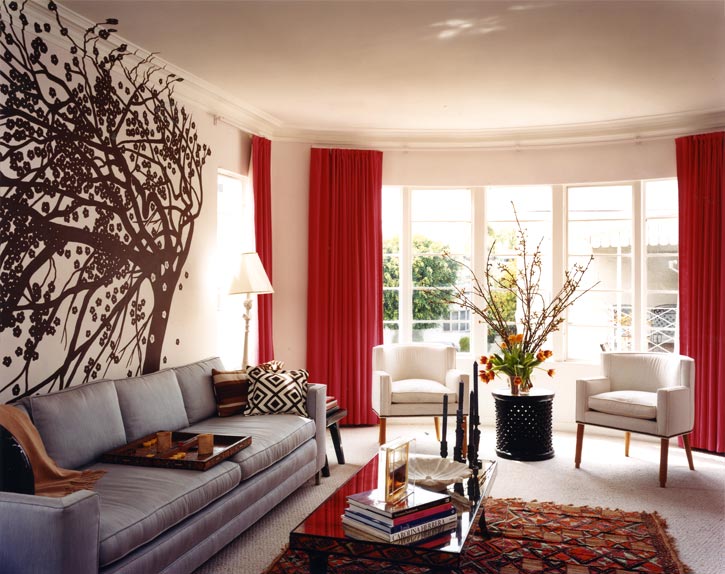 THE RIGHT CURTAINS WILL REFLECT THE CHARACTERS OF YOUR HOME.

You might be figuring out how you could decorate your room to have a more oriental look, or your daughter might like to have a room that portrays ‘royalty’. Choosing the right curtain can help to live out that dream.

“Curtain is an important element for household décor. This is because placing the right curtain with the right colour and texture on the window panel of your rooms or living hall helps to smoothen the overall mood of the entire home,” said MK Curtain’s founder and group chief executive officer Dato’ Calvin Khiu.

Khiu opined that a good curtain is not just based on a customer preference but also the curtain’s function, and the many different feelings that you would like the curtain to portray.

If you are staying in a place with constant sunlight exposure, you can use a curtain with darker colour tone to shield and protect your skin from the sheer amount of sunlight.

Curtain will also be useful for those who are sensitive to noise as it acts to reduce the sound produced from the noise, and like a picture, pictures can be imprinted in the curtain to tell a story.

For example, if you are a person who likes nature, curtains imprinted with trees, grass and flowers can help you relate to those feelings better, right in the comfort of your own bedroom.

How MK Curtain differs from the rest?

According to Khiu, many people do not really know what they want when it comes to decorating their homes with curtains despite its versatile usage.

Khiu claimed that MK Curtain is actually the biggest curtain producer in South East Asia. “We have many different types of curtain sets on display in our outlet that will help homebuyers visualise the look and feel of the curtain when they place it in their home.”

Khiu commented that another plus point for home owner or home buyer to visit MK Curtain is that they would become more knowledgeable about curtain, and thereafter, would be able to take charge and be in control of how they want to decorate their homes with the right curtain, rather than just leaving it ‘point blank’ at the hands of another who might not even give them what they want in the first place.

In Malaysian context, the price and the quality are two things that Khiu personally believes will hugely affect the buying process of curtain, unlike clothing, where people follow the type of brands. “In the future I want people to buy curtain just like how they would follow fashion one day,” shared Khiu.

MK Curtains’s products are sourced and imported from overseas, as far as Germany, Japan, China and our neighbouring country, Indonesia. This ensures the good quality of the product remain stable.

[bctt tweet=”Beautifying Your Home With Curtains”]

“Customer satisfaction and feedbacks are very important. I recently did a referred tender price project in Melaka. The person (customer) told me he had saved 35% in cost when doing business with MK Curtain and even promised to deliver more projects for me,” said Khiu.

MK Curtain also caters to custom- made curtains and wallpapers. “A kindergarten might want to imprint the alphabets on their blind and we can do that,” shared Khiu, who also said that just like the ‘selfie’ trend, one can also imprint their profile pictures in different poses to hang around their room. Khiu mentioned that he has five staff that will go all around the Klang Valley to help clients install and measure curtains in their home.

Besides curtain, MK curtains also sells carpets and wallpapers and will be expanding to the home furnishing business in the future. Tentatively, there is only one premium outlet, located in Nilai, Negeri Sembilan, which also happens to be the company’s headquarters.

“Three years ago, I participated the creative young intermediate award and managed to reach top 10, even though many people had yet to know about MK Curtain, and those who did know said that curtain is a sunset business. I want to change that perception and let every household in Malaysia know that curtain plays an important role in home décor, “said Khiu with pride.

Khiu said that developers would now look for him for joint-venture purposes where the developers will build the condominium and MK Curtain will install the curtain in the units.

He said that he is not discounting the fact that MK Curtain will expand to Kuala Lumpur if he can find a location with ample parking space.

“I already achieve much success with this outlet and would like to emulate the premium outlet concept to other states in Malaysia, so that Malaysians can enjoy more choices when it comes to curtain selection,” said Khiu, who is also targeting to open one premium shop every two years, and to have MK Curtain premium shops everywhere in Malaysia within the next five years.