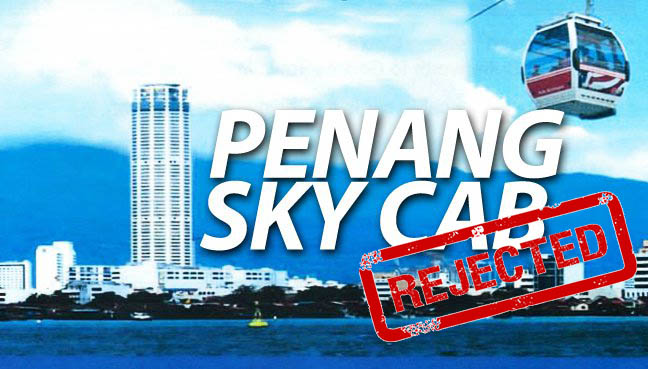 GEORGE TOWN: The proposed cable car system for Penang, which is part of the ambitious RM27bil Penang Transport Master Plan (PTMP), has been rejected by the Federal Government.

The cable car aims to link Gat Lebuh Nordin on the island to public transport hub Penang Sentral in Butterworth on the mainland. Both areas are close to Penang Port’s Swettenham Pier and the North Butterworth Container Terminal (NBCT) on the island and mainland respectively.

He said the decision was made as the proposed project would affect the passage of vessels operating at the North Butterworth Container Terminal (NBCT).

“We might consider if the state government is willing to change the alignment, which is also subject to several conditions set by the Marine Department,” Liow told reporters yesterday after attending a briefing by the Penang Port Sdn Bhd (PPSB) at Swettenham Pier.