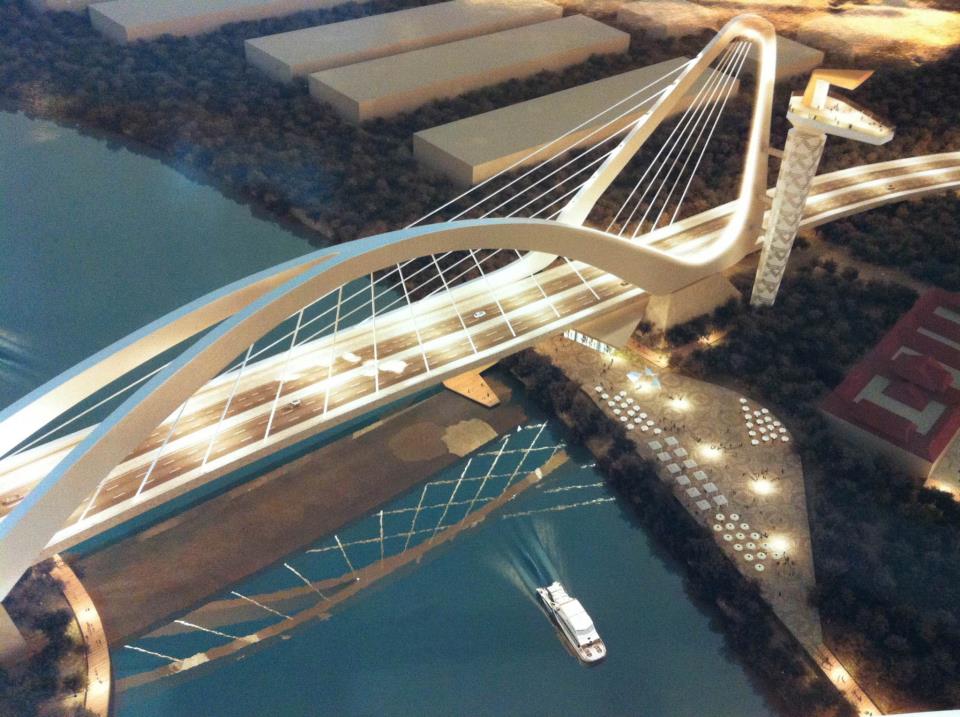 WORK on Klang’s third bridge is 75% complete and motorists can look forward to smoother traffic flow by the end of the year.

The new bridge, the construction of which started two years ago, will complement the two existing bridges – Jambatan Kota and Jambatan Musaeddin. It will connect Jalan Goh Hock Huat from north Klang to Jalan Sungai Bertih in south Klang.

Selangor Infrastructure Committee chairman Zaidy Abdul Talib said the bridge project, which was awarded to the Cergas Murni Sdn Bhd through an open tender, should be completed by mid-December this year.

Although the state government had allocated RM300mil for the project which was being carried out under the supervision of the State Public Works Department, Zaidy said the cost was estimated to be about RM238mil.

Zaidy said Klang folk would be happy to know that the bridge, which was first mooted nearly a decade ago, was finally taking shape.

It was reported that a ground- breaking ceremony for the construction of the bridge was carried out in March 2008.

The project did not take off as it was interrupted by a change of ruling government in Selangor following the 2008 general election. 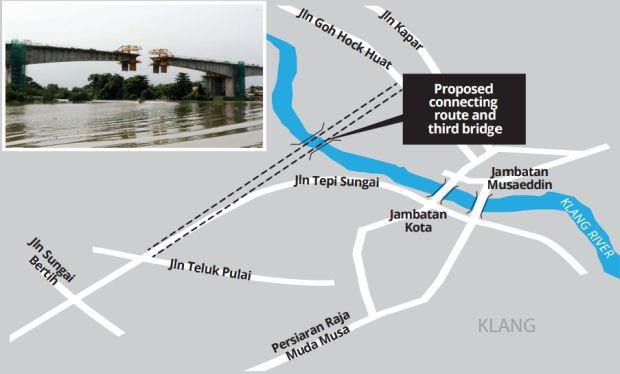 However, the bridge project was resurrected two years ago when former mentri besar Tan Sri Khalid Ibrahim announced that the state government had set aside RM300mil for the construction of the third bridge across Sungai Klang.

“We are aware that Klang residents have been suffering through traffic congestion at the two existing bridges for a long time. Looks like their misery will end soon.

“Work on the bridge across Sungai Klang is going well and it is about to be linked up. Construction works are ongoing across both sides of the riverbanks,” Zaidy told StarMetro.

Traffic from these areas, he said, would be diverted to Taman Teluk Pulai via the third bridge enroute to Persiaran Sultan Ibrahim and Port Klang.

“Likewise, traffic from Port Klang, Taman Teluk Pulai, Sungai Udang and the surrounding areas will be able to use the third bridge to get into Jalan Kapar, Jalan Meru, NKVE and the Federal Highway.

“Motorists from those areas no longer need to use the existing two bridges, thus there will be less traffic congestion once the third bridge is open,” he added.

Zaidy said the four-lane new bridge was expected to reduce between 20% and 30% of the traffic volume on Jambatan Kota and Jambatan Musaeddin.

At the construction site, work was going on at rapid pace.

An almost completed structure of the bridge could be seen from the banks of the Klang River while construction of a final segment to link the bridge was taking place near Jalan Goh Hock Huat in Klang North.

Construction works on the link towards the bridge was also ongoing in Jalan Tepi Sungai and Jalan Sungai Bertih.