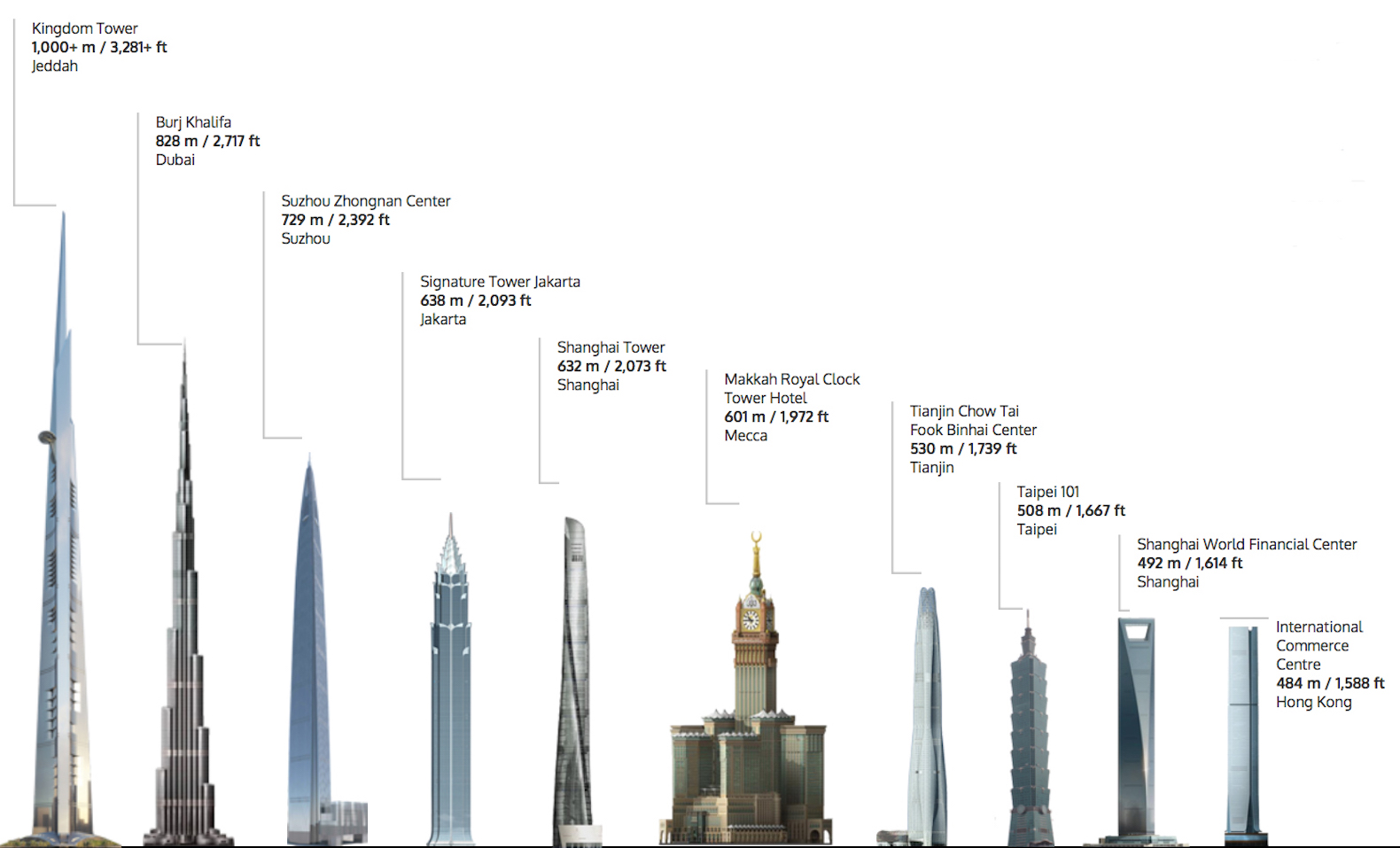 Permodalan Nasional Berhad (PNB) plans to build a 118-storey skyscraper that will surpass the height of the 88-storey Petronas Twin Towers, reported The Straits Times.

Known as the Merdeka PNB118, the 452m-tall tower is expected to become not only the highest building in the country but also in the entire ASEAN region when it is completed by 2020.

In comparison, the 452m-tall twin towers built during the administration of former PM Tun Dr Mahathir Mohamad, was the world’s tallest building when it was finished in 1998.

With a gross development value of RM5 billion, the new skyscraper was unveiled in March 2016 by Prime Minister Najib Razak, who denied insinuations that one of the reasons for building the 630-metre tower is to steal the limelight from his mentor-turned-enemy Mahathir.

The mega building comes at a time when the former prime minister is attempting to unseat Najib, by accusing him of pocketing millions from 1Malaysia Development Bhd (1MDB).

In 2010, Mahathir said he hopes that the Merdeka PNB118 tower would be built when he is gone, as he would be saddened to see it overshadow the Petronas Twin Towers.

“I would like to retain the Twin Towers as the highest buildings in Malaysia. At that moment, we don’t need any tower higher than that. We should build the 100-storey tower, but maybe a little bit later when I am not around.”

Najib replied that it’s not his objective to lessen the legacy of the former prime minister. “That’s a totally frivolous statement. What Tun Mahathir has done is admirable, what we need to do is to build on his success and move on.”

According to Y. Y. Lau, country head of JLL Property Services Malaysia, the existing office oversupply in Kuala Lumpur would be worsened by the major property projects entering the market in 2019.

Similarly, the central bank raised concerns about the existing office overhang, saying that the massive projects in the capital would increase the annual average supply of office space to 4.9 million sq ft, compared to the historical average of 2.8 million sq feet per annum.

“In other countries, this (office oversupply situation) actually precipitated an economic downturn,” noted its Deputy Governor Dr Sukhdave Singh during a conference organised by the Malaysian Economic Association.