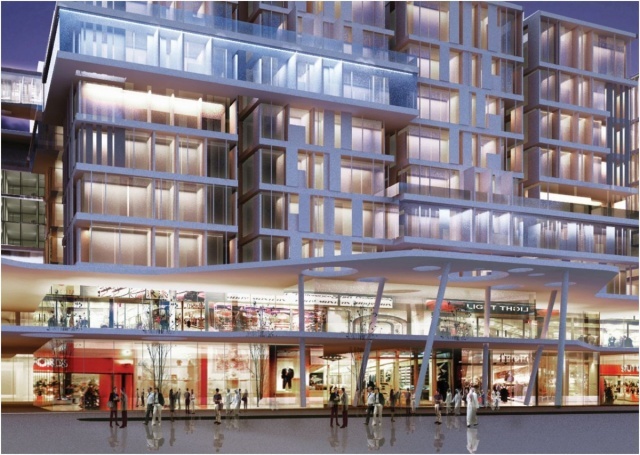 HAVING gone through the property outlook in the Klang Valley, Penang and Johor over the last few weeks, we cross over to the east to explore what is expected of the market in 2016 for Sabah and Sarawak.

According to the CH Williams Talhar & Wong (WTW) 2016 Property Market report – “Sabah property prices are envisaged to be sustained, going into 2016. This is provided that no major changes occur to macro-economic conditions and government policies.” Sabah, KK in particular, experienced a soft market across most property sectors. Tight bank lending policies, coupled with the delay for developers in obtaining development plan approvals among others, saw fewer new property launches and moderated transaction activities reported the real estate services company. Nonetheless, there was no evidence in the fall of property prices.
The scenario for 2016 is reported to be quite the same other than the state cabinet giving the greenlight for earthquake-resistant building guidelines which may raise construction costs, vis-a-vis affecting property prices.

On the whole, there are many good areas and land for development which will continue to be safe bets in the long term, given the current lack of new roads to open up new areas. Moreover, with Kota Kinabalu expanding and becoming more densely populated, moving away from the centre could become a good far-sighted move.

The real estate firm’s experts say: – “The next couple of years will certainly be a true test of ‘survival of the fittest’ as challenging times are expected, therefore changes to cope with these challenges are a must.”

The overall property market for Sarawak has generally been not the most exciting … lustreless or like the “bigger” towns of Kuching, Sibu, Miri or Bintulu – laid-back. In 2015, the anticipation of higher mortgage rates and the increased inflation pressures with the implementation of the 6% GST further dampened property sales as buyers took on a “wait-and-see” attitude. Then again, WTW states that this cautionary approach may have also resulted in some market corrections.

“Despite residential property being exempted from GST, the rise in construction costs pushed up the prices of residential property, between 3% to 6%. Notwithstanding the less conducive climate, the property sector remained stable especially those in prime locations. Residentials below RM400,000 are still in good demand but those at the upper end of the scale are affected by slower sales. In the face of the slackening economy, developers are offering attractive sales packages while investors are moving cautiously,” reported WTW.

Foreigners will be glad to know that Sarawak has kept to its foreign ownership minimum pricing of RM350,000 per property unlike the RM1 million requirement in this part of the country. The Sarawak Chief Minister also said that subsidiary land titles shall follow the land tenure of the original parent title, which augurs well for the property sector as the interests of owners and purchasers are protected.

WTW feels if things carry on as they are, one can expect a further slowdown across all property sectors in Sarawak. However, it is perceived that attention will be diverted to the secondary market which is less subject to the effects of current economic measures such as the GST.
The WTW report states: “The residential market will continue to dominate the market, comprising about 80% or more of the overall property stock. There will still be demand for affordable housing of not more than RM250,000 per unit with recommended built-up of 850sf. It is perceived that the majority of residential units would and should be focused on low cost, low cost plus and affordable housing, as the way forward. Generally, the market outlook for Sarawak this year is expected to be bleak and uncertain. Developers will be compelled to built according to market wants and what buyers can afford rather than what developers prefer in terms of profitability. As the economy is expected to be slow and recessive, developers will be hard pressed to survive in an increasingly competitive market.”