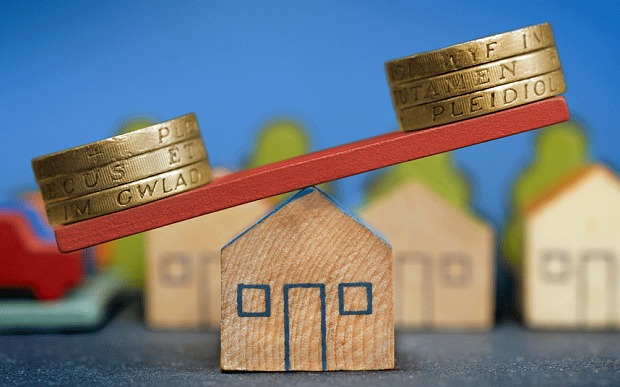 In an attempt to simply and usefully summarize this I have split properties out into historic time periods which are linked to building epochs in terms of change in construction styles/methods. Below details the property maintenance needs and potential defects that might be present when you first investigate a property purchase. A full survey should be made prior to purchase for correction ahead or alternatively to plan accountancy for the pending costs of the repairs.

Over this 200 year period a variety of different building styles and floor layouts were introduced. In spite of that the actual construction methods used did not vary much, therefore the kind of defects and maintenance needs are common.

Areas of concern include:

Arch failure – Where over the external door and window openings brick or stone arches have been built whilst using timber backed lintels on the inner side of the arch. Commonly the external side of the arch fails which leaves only the internal lintel to support the full weight, which then accelerates the timber lintel failure.

Bonding failure between adjoining walls – This particularly effects the Georgian period where the front walls of the building were finished last to give easy access to the builders. Bonds are seen to be inadequate or failing to make any physical connection and allow lateral movement at the junction between external walls. Watch out for snapped headers.

Defective lime mortar – In this period lime mortar was regularly used on bricks and stonework but the problem is that it will break down over time in more acidic atmospheres such as citys and urban areas. This means more likelihood of needing to re-point with modern mortar.

Drainage Problems – During the nineteenth century the below ground drainage pipes were made using salt-glazing. These pipes are now approaching 150 years old on average and will have developed both cracks and porous joints. For above ground drainage these pipes are made from iron and usually show significant corrosion on the side of the pipe facing the wall.

Inappropriate use of cement as replacement mortar – Cement is used because it is strong and dense however it is also prone to cracking and does not expand or contract. Re-pointing a previously lime mortared wall in cement can cause brick shattering on the face. Also as the cement is denser than lime mortar it can prevent a wall from letting moisture out as the original design intended.

Inadequate foundations – Some of the older houses in this period, especially those at the lower price range of the market either had no foundation or a very shallow foundation. This can lead to quite serious subsidence and collapse in cases, a surveyor should be able to help you here.

Over-stressed timber floors – By comparison with today’s modern joists, joists are usually undersized for the job, particularly on upper floors. This often results in excessive floor movement and is exacerbated by the more substantial level of furniture we expect today.

Penetrating damp – The beam and joist ends were as standard built into solid external walls by approximately a half-brick depth. However where the external wall is <=225mm then the amount of solid protection from the outside is not enough and the damp can get through and rot the timbers.

Poor quality materials – Spot purchases by “thrifty” builders results in below standard materials being used. Particularly applies to leasehold property where the builder gameplan was to build in quality only enough to last the length of the lease period e.g. 45, 50 or 99 years.

Roof coverings – Rotten roof battens and nail failure due to rust is a frequent problem for both tile and slate roofs. Slate roofs also should be inspected for any sign of coming unstuck due to prolonged forst attached. More so in Wales than England due to the smoother variant of slates found in Wales.

Roof timbers – Can frequently be impacted by wet rot due to no felt having been used or through guttering failing.

Windows – Windows made of timber usually suffer from a degree of wet rote particular on the sills. This is due to age and lack of regular protective maintenance. Metal windows also get deteriorate similarly due to rust.

Worm Attack – Softwood timbers are likely to be affected to some degree by woodworms.

In this period housing construction was generally of high quality due to the increased introduction of by-laws which then encouraged the drive for standardization in both design and construction. A lot of the construction and material choice mistakes from the past have also been learnt from.

Nevertheless these are the areas to watch:

Cavity wall tie failure – Houses with cavity walls suffer wall tie failure due to rusting. This could happen by the wall ties not being protected enough or if they were galvanized then that protection as well has also worn away over time.

Condensation – In 1930’s semi-detached houses in this period, condensation is a common problem in the bathrooms. The reason for that is because in these layouts the bathroom is typically situated at the rear corner of the house with two sides of the room being external walls. Recommendation is to retrofit the cavity with thermal insulation.

Rising Damp – Bitumen felt damp coursing can show embrittlement and cracking which lets through water. Where floors are concrete (not that common in this period) it is possible that damp proofing in total is missing.

Rusting metal windows – Caused by lack of galvanization and rust. Moisture is usually the source of the rust due to condensation caused by cold single pane windows which let out a lot of heat.

Fewer obvious defects to watch out for due to material advancement and less time to see problems occur over.

Sulfate attack in floors – This occurs where the hardcore used to construct the floor contains sulfates and where the damp proof membrane is either poor or missing.

In summary the number and variety of repair and maintenance issues is greatest based on age of the property. This may sound an obvious statement but it is not just age that plays a part, it is also about understanding the migration in terms of building materials and design understanding that has improved over time. This is a natural evolutionary process and today’s newest housing stock continue to improve in terms of construction material innovation. The objective of this article is not to dissuade the investor from older property. The objective is to make the investor aware of potential issues in terms of repair and maintenance that should be expected with a property of a given age. With that understood, older properties can make fantastic investments with high rent appeal, potential for capital growth and in many cases a great location due to their age as the area has expanded around them. High quality property management or letting agents should also be able to evaluate any potential investment property with the above in mind and provide sound advice based on your local area.