Is Iskandar Property Still Worth Investing In 2016? 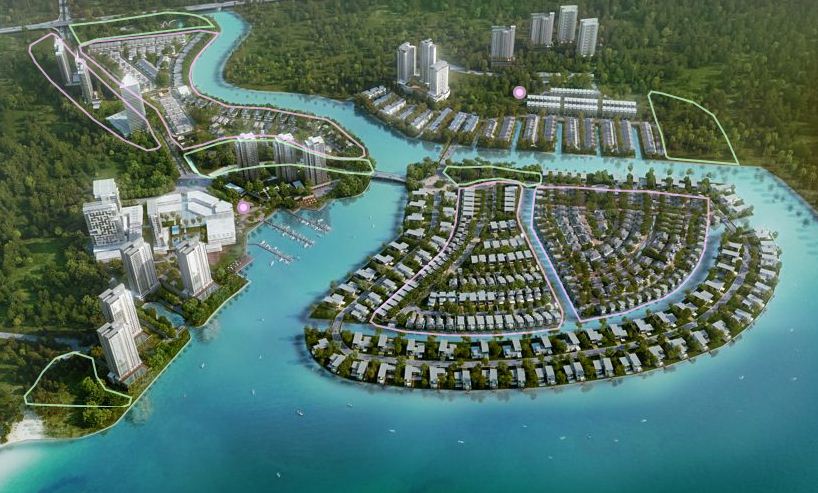 Ever since the end of 2013, the Iskandar property market peaked from a period of super high growth to a gradual decline. To add to the problem, the Iskandar Redevelopment Authority (IRDA) announced partnerships with 3 major Chinese developers to develop more than 107,000 high-rise units in Iskandar Malaysia.

Shocked by this news, panicking investors and homeowners stopped looking into real estate. Crowds in developer showrooms dried up virtually overnight, and the market dropped from white hot to stone cold.

Property speculators who blindly bought property with no interest and low upfront cash started to panic about selling when prices went down, and some desperate sellers appeared willing to sell at seemingly any loss just to recoup some of their cash.

Media and experts are saying that it’s the end of the Iskandar dream of being a world class Metropolis by 2020, that Iskandar would become a ghost town with gleaming new structures and nobody staying.

Is that how the story ends?

To understand what is happening in Iskandar, we need to look back 10 years ago to the creation of Iskandar Comprehensive Development Plan (CDP) in 2006.

Under the CDP, Iskandar aims to develop the region’s 2 main economic strengths in Manufacturing and Services, with 60% of value-added manufacturing from electrical, chemical, and food processing sectors to support its economy.

Why is this important? Because with a strong economy comes jobs, and with jobs come people, and with people comes opportunities and rapid population growth.

Fast forward to 2015. The property prices have been dropping for more than 8 quarters, which is cause for worry. However, the city’s growth statistics shows a very different story.

First of all, Iskandar’s main economic growth is in services and manufacturing, not property. As you can see from the chart, since 2012, the total committed investment in Iskandar has remained consistent at around RM40 billion (33%).

Why did property prices grow rapidly first? Because before big services businesses will come in, you need working highways, infrastructure, and a minimum number of workers and consumers. So the first wave of the Iskandar growth is property and manufacturing.

The manufacturing segment had a big jump in 2013 when the Singaporean government started giving incentives for Singaporean factories to relocate across the causeway, and since then it has been growing at a slow but significant pace of a few billion ringgit every year.

Services, on the other hand, has been jumping by leaps and bounds by around RM20 billion year-on-year, with new theme parks, shopping malls and office buildings being announced every year.

Major players like Microsoft, Capitaland, Mid-Valley Megamall, Paradigm Group, and even Hatten (Capital 21) have confirmed their presence in Iskandar, with 3 mega malls projected to complete by 2018.

As of 2015, the total committed investments in Iskandar is RM 156.51 billion, with only about 50% realized while the rest are on the way.

This is 41% of the overall total investment which Iskandar seeks to achieve by 2025. In 2015 alone, despite the challenging economic conditions, IRDA still succeeded in achieving its RM30 Billion foreign investment target, even with the target goal growing higher every year.

This means that the interest in Iskandar’s potential as an international market is actually growing among MNCs and SMEs, even as investors and even Johorians remain pessimistic about its long term prospects.

Residential demand may be down, but the one sector that continues to outperform the market in this bad economy is industrial investments.

Looking at the statistics for 2014, the Johor manufacturing investments far outpace other states in Malaysia by more than 100%.

These record figures mean there are more jobs being created and more demand for industrial sector services and properties.

With Singapore introducing the RM1,000 foreign worker levy for every worker in Singapore, businesses are now under a lot of pressure to relocate to areas with lower manpower costs and similar infrastructure, and within close proximity to Singapore. Iskandar just so happens to be the perfect location for them.

Why is this important? Because Chinese developers account for a significant portion of the overall new high rise units in Iskandar (> 15,000), and their price ranges are beyond the upper limits of most Malaysians’ salaries. Many think that there will be a huge negative impact financially and psychologically on the market if the developments cannot sell.

Instead, as we are seeing now that despite the slow market, some projects like Forest City, Country Garden and even R&F Princess Cove are still selling units every month to Chinese nationals and Singaporeans.

Although I cannot recommend these properties for investment purposes now as the majority of the locals cannot afford them, foreigners buying them for own stay or holiday homes can still drive market growth and assures us that the China developers have a sound strategy to offload the remaining units to foreign investors.

5. Affordable and super luxury property prices are going up

Don’t take my word for it, look at the statistics.

“In 2013, there were 74,153 transactions for residential properties ranging from RM200,000 to RM500,000. Last year, this (number) increased to 102,082 transactions. Clearly the demand for affordable housing surpasses [that for high-end housing] with a price tag exceeding RM1 million,” Deputy Finance Minister Datuk Chua Tee Yong told a news conference after launching the Property Market Report 2014 by the National Property Information Centre (NAPIC).

The Johor government is also committed to building 28,000 low cost homes for the lower income segment families, with the Johor affordable housing scheme starting in 2016. These houses are expected to be at least 20% below market price and are only for families with a combined household income of below RM10,000.

With over 50% of loans expected to be rejected in 2016, the market is expected to have pent up demand and I foresee many home buyers looking for lower cost units when their applications are rejected for the mid-range one. Indeed, according to the latest data from NAPIC, properties between 400,000 and 500,000 experienced a 17% jump in transaction value.

Surprisingly properties valued above RM 1 million also experienced a jump between Q2 and Q3 of 2015, with a 48% increase in value of transactions. This may be due to foreigners coming into the market and snapping up deals with the lower ringgit foreign exchange rate.

However, I do have a concern with the recent government ruling that properties valued at RM300,000 and below be only available to first-time home buyers. I feel that this rule may end up with developers deliberately marking up properties to just beyond RM300,000 to appeal to more buyers in this difficult market, which is never good for either first time or repeat buyers.

Iskandar may look like it is in a situation of property oversupply right now with new projects scheduled to be launch all the way to 2018. However, we need to consider that:

1. Iskandar is starting a new phase of rapid economic growth from services and manufacturing including multibillion dollar projects projected to drastically increase population growth in 2016 by at least 40,000 people

2. China developers who are projected to contribute the most to the housing glut are in fact mainly targeting foreigners and hence their developments will not make a big impact on the sales of the local market

3. Industrial growth is still going strong and demand for industrial properties continues to rise despite the economy

4. Despite our own Johorians and property experts having a negative view about Iskandar’s future, an increasing number of international businesses are investing more into Iskandar every year and we are on track in terms of foreign investment

5. Affordable housing is in short supply and developers are shifting their focus towards building more of these to meet market demands instead of luxury condos. Foreigners are also slowly coming back to the market in the high end property segment (over RM1 million)

… and we have not even taken into consideration the 3 mega-malls being completed in 2018, the MRT line in Singapore projected to be completed by 2019, and the High Speed Rail by 2020.

So is Iskandar’s growth merely an illusion? I invite you, kind readers, to make your own judgement based on these information.

Interested in learning the property investment skills from the experts? Click here to check out the seminars there.