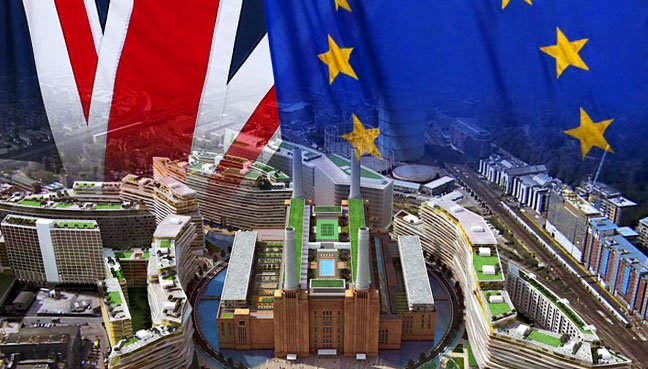 Property players with developments in Britain were unfazed by Britain’s exit from the European Union. Regardless of the outcome, CIMB Research noted that the uncertainty created during the negotiation may deter foreign investment into the London property market.

“Foreign interest may recover afterwards, but the extent of the recovery will depend on the terms agreed,” it said.

Sime Darby does not expect the results of the referendum to affect the viability of its Battersea Power Station project in London. The company believes that the development will continue to generate interest in the longer term, with London remaining as a key investment destination and financial centre.

The Battersea project is 40% owned each by SP Setia and Sime Darby, while the Employees Provident Fund owns the remaining 20%. Notably, Brexit’s potential impact will have a two-fold effect on SP Setia, said CIMB Research.

The vote to leave the EU could affect SP Setia in two ways. Firstly, the pound could weaken as the market turns jittery. This will reduce the earnings and value of SP Setia’s Battersea project in terms of Ringgit. Secondly, the uncertainty about the UK’s economy created by Brexit could reduce the demand for UK properties from both Britons and foreign investors. This could affect the sales performance of Battersea.

E&O managing director Datuk Seri Terry Tham, on the other hand, revealed that E&O’s projects in the UK are underway and expected to progress as planned.

“We maintain a flexible and agile stance in the face of any changes in the market environment,” he said.

The company has carefully selected its three small- to medium-scale projects based on the fundamental strengths of the sites and their locality. E&O first ventured into the UK in 2012 when it acquired the £60 million (RM330.41 million) Princes House in central London, which is set for completion this year.

Affin Hwang Capital underscored that uncertainties due to Brexit concerns delayed the company’s plan to list its UK operation on the AIM market. The translation of its £54.5 million (RM300.12 million) loans to its UK subsidiary into Ringgit could lead to unrealised foreign exchange (forex) loss of about RM47 million in the fourth quarter of 2016.

Meanwhile, Credit Suisse research firm said Eco World International (EWI), in which Eco World Development Group Bhd will eventually own a 30 stake has a big exposure in the UK. EWI posted £712 million (RM4.2 billion) in property sales as of January 2016.