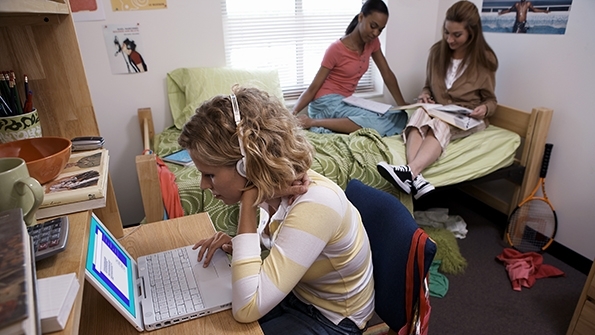 Investors are on track to buy $4.5 billion in student housing properties in 2015—up from just $3 billion the year before, according to data from commercial real estate services firm CBRE.

“I knew that volume would be up—but not that much,” says Jaclyn Fitts, national director of student housing for CBRE. “It continues to demonstrate the demand from investors to get into the space. Student housing is more in demand than ever before.”

A growing number of property buyers, including large institutions, are getting comfortable with student housing, which used to be viewed as a niche investment. The sector requires specialized managers who understand the particular challenges of the business and the local markets.

However, strong performance, including consistently high occupancies, has convinced institutional buyers to learn about the business.

Institutional investors were responsible for nearly half of the volume of student housing transactions so far this year, a big increase from prior years, according to Real Capital Analytics (RCA), a New York City-based research firm.

Purpose-built student housing still represents a relatively small piece of the larger market for apartment properties, which totaled $113 billion in sales in 2014. Prices are also still low for student housing relative to the incomes produced be these assets—at least compared to the multifamily sector overall.

The average cap rate for student housing properties dropped to 6.11 percent in the third quarter of the year, from 6.34 percent the year before, according to data from RCA. That’s a low yield for student housing investors, but it’s still more than a dozen basis points higher than the average cap rate of 5.97 percent for apartment properties overall (down from 6.12 percent the year before).