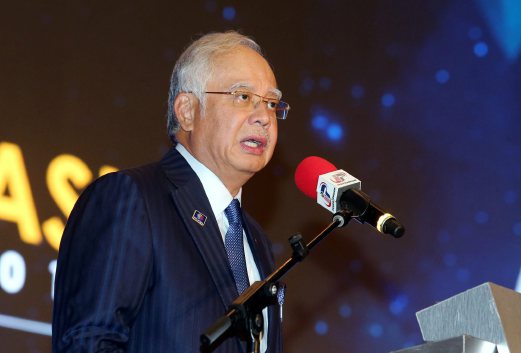 PUTRAJAYA: The 2016 Budget will be adjusted soon, taking into account the current global economic developments.

Announcing this today, Prime Minister Datuk Seri Najib Razak said the strengthening of the US dollar, plummeting oil prices and major commodities, as well as the shrinking of major economies such as China, were among the factors taken into consideration.

“As such, the 2016 Budget will have to undergo a recalibration in line with the current economic situation.

“I do not want to paint an unrealistic picture that isn’t based on facts.

“It is better to be honest and upfront in our responsibility to uphold the best interests of the rakyat,” he said in a special assembly with Finance Ministry staff this morning.

Najib, who is also Finance Minister, described 2016 as a challenging year, especially in terms of the economy.

He said the Goods and Services Tax (GST) net revenue for 2016 is expected to reach RM39 billion.

Najib said had the GST not been implemented, Malaysia’s deficit would increase to 4.8 per cent instead of 3.1 per cent this year.