Penang To See RM2.72 Billion Worth Of Condos 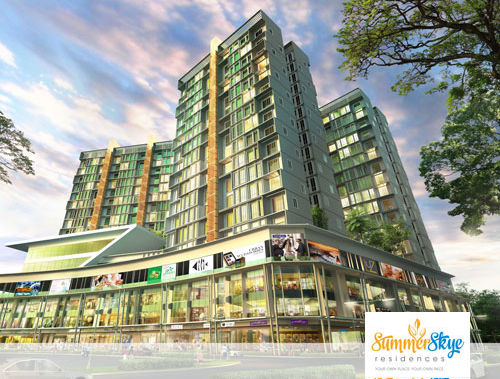 These include the RM378 million Summerskye Residences in Bayan Lepas that was launched January, said Datuk Alex Ooi, Executive Chairman of Ideal Property.

[bctt tweet=”Penang To See RM2.72 Billion Worth Of Condos” username=”wma_property”]

For the upcoming projects, they consist 3,648 units that will be released from May to November 2016. Located in Bayan Lepas, these are near the Penang International Airport as well as the first and second bridges, he noted.

In particular, the company intends to unveil the RM495 million Forest Ville project in May, followed by the August launches for the RM300 million Amarene project, the RM550 million Queens Residences and the Bukit Ayun Development, which has a gross development value (GDV) of RM1 billion

In addition, the developer plans to release 10,000 units of low-cost homes costing below RM400,000 in Penang Island in the next few years that will have a combined GDV of around RM3.8 billion.

Meanwhile, the company will embark on a corporate exercise in 2H 2016 that would result in the injection of RM1 billion worth of properties into its subsidiary, Ideal United Bintang Bhd (IdealUBB).

“This is part of an on-going corporate exercise over five years to turn IdealUBB into a property company. We will initiate the corporate move after June when IdealUBB closes its second quarter,” said Ooi.

He added that IdealUBB would eventually own the aforementioned 10,000 affordable homes, likewise for some of the condominium projects in Penang this year.