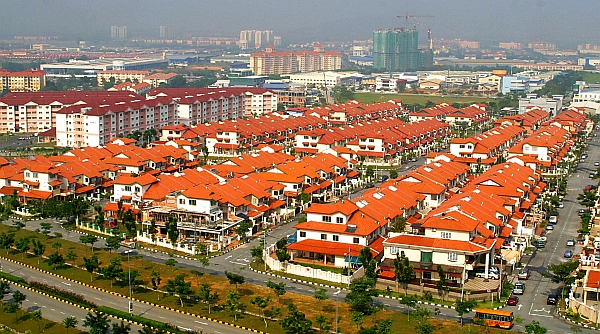 Rehda president Datuk Seri FD Iskandar said many genuine housebuyers had problems coming up with their downpayment when financial institutions only offered financing of up to 80%.

“The loan financing is not 100%. The problem is that buyers get between 75% and 80% of financing. That’s the average, we’ve checked.

“But someone has to come in to provide that remaining 10% to 15%, or bridging financing,” he said during Rehda’s Property Industry Survey for the first half of 2016 yesterday.

FD Iskandar added that the bridging financing via the moneylending licence should not be limited to just first-time homebuyers.

“They are already getting incentives from the Government like MyHome and MyDeposit. Some get RM20,000 or even RM30,000.

“But what about second-time housebuyers who genuinely want to upgrade – are we going to ignore these people? That’s not fair. We’re not talking about people who are buying a third, fourth or fifth time.”

FD Iskandar’s comments were in reference to Urban Wellbeing, Housing and Local Government Minister Tan Sri Noh Omar’s statement last week that eligible housing developers could apply for moneylender licences to provide loans of up to 100% to property buyers.

Following a Cabinet meeting yesterday, Noh said in a statement that his ministry had been asked to look into the effectiveness of the policy of allowing developers to give out loans, in order to determine whether it is really helping people to finance the purchases of their houses.

Noh said he had briefed the Cabinet on the matter and explained that allowing developers to offer loans was an existing policy.

The licences will be issued by the ministry under the Moneylenders Act 1951 (Amendment) 2011.

Meanwhile, FD Iskandar noted that not all developers had the capacity to offer loans of up to 100%.

He reiterated that someone needed to assist the buyers, especially those within the middle-income group.

“Yes the Government has to be prudent. The Malaysian household debt, at 89.1%, is one of the highest in the region. But if you were to look at the mortgage rate of the household debt in Malaysia, out of that 89.1%, I think it’s about 40%.

“Second would be car loans followed by credit cards. If you compare with Australia, where their household debt is also quite high, at 85.7%, about 70% of that is mortgages.”

“So either the banks relax and give a higher form of financing, or to those developers that can afford it, they come in and give the bridging financing.”

Meanwhile, property sales performance experienced a significant decrease to 39% in the first half of 2016 compared with 52% in the previous corresponding period, according to the survey by Rehda.

It said two to three storey terrace sales dominated the market share by more than half out of the total sales reported, with half of the residential units launched falling below the RM500,000 mark.

Rehda said launches of properties below RM200,000 experienced a hike, with all states retaining their prices except for Malacca.

End financing and loan rejection remained a major problem to nearly 70% of respondents, which had affected almost all price ranges, the survey said.