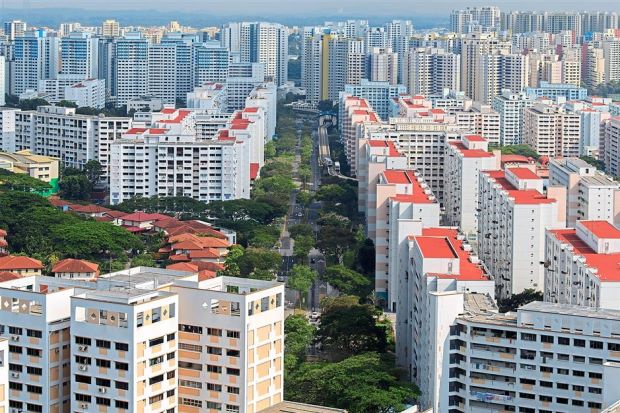 National Development (MND) Minister Lawrence Wong said recently it was too early to talk about unwinding cooling measures and suggested these steps would dampen demand.

Prices could fall a further 6% to 8% this year – meaning a total of about 15% off peak prices, said Ong Teck Hui, JLL national research director.

“Given the MND minister’s comments, measures should stay for the better part of this year (2016), unless prices have dropped quite a fair bit by the latter part, which may make the government consider reviewing the measures.”

How could the measures be revised? Many have suggested adjustments to the additional buyer’s stamp duty (ABSD) on foreigners or local buyers of second and subsequent properties.

But wealth built up in the region, including among Chinese and Indonesian buyers as well as wealth at home might cause the government to be cautious on ABSD lest prices spike again, said Ong.

Other cooling measures could be reviewed, including loan-to-value ratios or seller’s stamp duty – in terms of rates or number of years.

The impact on prices depends on the extent of any adjustments. For example, a few percentage points trimmed from ABSD rates would be quite different to removing ABSD completely.

Prices in the primary sale market should remain flat for the next two quarters although market sentiment was soft and developers were unlikely to lower prices given their high production costs and strong holding power, said Savills Singapore research head Alan Cheong. Those who need to make adjustments to clear inventory may do so only marginally.

The secondary market may see further price moderation, but softer prices and the limited number of units from government land sales sites mean the flow of funds should head to the resale and sub-sale market this year. Cheong expects transactions in this segment to exceed the 6,500 units last year.

“The increased volume of transactions should then support or even raise prices marginally in the resale and subsale markets.”

Much had been said about rising interest rates which could trigger forced sales, but an increase of 25 or even 50 basis points in interest rates would not hurt the market, Cheong said.

The market is made up of more than stretched buyers. There is also a group who could afford to buy even at peak prices and have been sitting on the sidelines since the total debt servicing ratio (TDSR) framework was introduced, waiting for prices to fall. But after a long wait for just a marginal price fall so far, they may return to the market.

There is also new demand from another group who found prices in 2013 out of reach but who can now afford these homes, given accumulated equity since then.

Still, rising private home completions should prove a veritable force. Around 21,000 private homes will be completed this year, adding to the 22,000 completed last year.

Punggol and Sengkang would be the top contributors, along with Pasir Ris, Hougang, Yishun and Woodlands, said Century 21 chief executive Ku Swee Yong.

Rents have already been weakening for eight straight quarters, falling 6.7% to the third quarter of 2015. They should continue to head south this year, Ku added. He expects the current 25,000 vacant private homes to cross 35,000 by year-end.

A final factor to consider is market expectations. For city fringe and suburban properties, if prices hold and the market continues to expect some tweaks, with an increased store of wealth building, buyers will return to the market anyway, said Cheong of Savills.

“For the authorities, so long as they stand still, whether they recalibrate or lift the measures will over time become irrelevant.”

He believes that for central region properties, the 15% ABSD on purchases by foreigners and institutions will continue to be a choke hold on demand.