The Next Real Estate Collapse 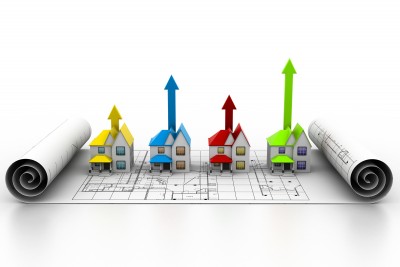 As daily commutes go, I have nothing to complain about when I point my car toward Sovereign HQ each morning. The traffic congestion on Interstate 95, South Florida’s main artery, is horrendous. So I take the scenic route, the coastal beach road known as A1A.

The views of the Atlantic Ocean are nice. But more recently, I enjoy the drive for a different reason. It’s a ringside seat to the extravagance of the now-deflating luxury housing bubble I warned about three months ago. Recent data point more ominously to a serious problem in this sector.

Each day, my drive on A1A takes me past what is the single most expensive new home for sale in the United States: Le Palais Royal, under construction for the last five years.

Situated on 4.4 acres of beachfront, the “spec mansion” features the Atlantic Ocean as its backyard. The front yard is a nearly 500-foot deep-water expanse of the Intracoastal Waterway – perfect for even the largest private super yacht.

The mansion’s soaring front gates, accented in 22-karat gold leaf, make it sort of hard to miss as you drive by. Just beyond the gates is a 60,000 square foot home with 11 bedrooms, 17 bathrooms, an 18-seat IMAX home theater (with its 50-foot-wide screen), and a 30-car subterranean garage. The building plans call for a second phase on the vacant beachfront lot next door. That’s where the ice-skating rink, go-cart track, bowling alley and private nightclub are supposed to go.

But the tide of money fueling the purchase of luxury homes, big or small, is receding as we speak.

Largely ignored in the holiday rush was the news that luxury home prices fell 2.2% during the third quarter – the first such decline in nearly four years.

According to the Redfin real estate brokerage, wealthy clients are stepping back out of fear from stock market volatility, and are worrying about tying up too much of their wealth in non-liquid assets, especially if another real estate collapse appears.

The decline is even more notable because luxury homes serve as something of a bellwether for the rest of the “non-lux” real estate market (which still rose just under 4% for the same period).

The original housing-bubble stocks of a decade ago might offer a clue on the timing. Shares of Toll Brothers (NYSE: TOL), the nation’s largest builder of luxury homes, peaked in July of 2005 before starting their precipitous decline. But the stock prices of builders focused on the low- and mid-priced ends of the market stayed strong – at least at first. For instance, the shares of Lennar Brothers (NYSE: LEN), one of the biggest homebuilders in the country, didn’t crack until April of 2006.

Interestingly, Toll Brothers’ shares today are down nearly 25% from their post-recovery highs (to the lowest price in 13 months), while Lennar shares are just starting to break down.

Chinese buyers have been key players in the run-up of America’s luxury home prices. And their influence is felt most strongly in California and the San Francisco Bay area, the hottest of America’s real estate markets this go-round.

Not coincidentally, it appears Chinese buyers may now be pulling back there as well, possibly ushering in the next real estate collapse. Home sales in California fell 20.5% in November – more than twice the monthly average (it’s traditionally a weak month prior to the end of year holidays). October’s home sales also fell a little over 5%, while dropping 1.5% in September.

For now, the real estate community appears to be dismissing the collapse of sales as the result of changes in new loan disclosure rules by the Consumer Financial Protection Bureau, and what is usually a softer seasonal period for home sales anyway.

I don’t blame them. As a media consultant once told me back in my reporting days, “Never let too many facts get in the way of a good story.”

But the “Chinese buyers” real estate gravy train is grinding to a halt fast. Last summer’s 40% decline in the Shanghai Composite Index should have been the first clue. The second was the relentlessly positive “it’s just temporary” narrative spun by so many brokers and property developers who don’t want the ride to end. The third clue may be upon us here at the start of 2016 as the Shanghai index lurches lower yet again.

So what’s it all mean to you?

As Jeff Opdyke has warned, don’t get comfortable with the Federal Reserve’s spin on things. As Chinese buyers retreat from American real estate, it kicks out yet another leg of support for the U.S. economy.

GOOD deal will always be there, whether the market is up or down. Are you ready when the good deal comes? Click here to find out more.