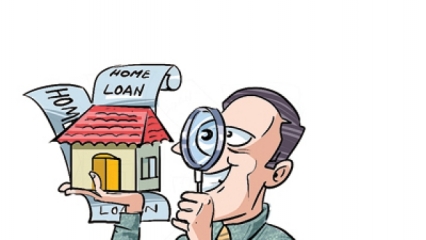 PETALING JAYA: RAM Ratings projects the banking sector’s loan growth to ease to 6% this year as the economic environment remains challenging and macro-prudential measures to curb household debt continue to exert an impact.

However, its co-head of financial institution ratings Sophia Lee expects the overall asset quality indicators of the sector to remain healthy even though some slippage from 2015’s position is anticipated.

“Based on our stress tests, the system’s gross impaired loan ratio is projected to come in at 2.0%, a level which is still considered healthy. This ratio currently stands at a historical low of 1.6%,” she said, adding that banks have a sound loan-loss coverage ratio of 96%.

On potential challenges, Lee says banks’ earnings are anticipated to soften this year, given the expectation of slower loan growth and a potential increase in credit costs.

“NIM compression is expected to continue as the keen competition for deposits and loans persists,” she said.

The banking sector’s loan growth continued to slide to 6.4% from a year ago in March from 7.4% in the preceding month, contributed largely by a significant slowdown in business loans as a result of stronger pace of loan repayments outpacing disbursements as well as due to a further slowdown in household loans.

Momentum for business loans continued to lose traction, registering a slower growth of 5.2% in March against 7.1% in February.

Nevertheless, CIMB Group CEO Tengku Datuk Seri Zafrul Aziz Tengku Abdul Aziz noted that in Q1’2016, the banking sector outperformed the market with a 4.3% increase in the KL Financial (KLFIN) index, compared with a 1.5% rise in the FBM KLCI.

“The growth was commendable given the numerous headwinds faced by the sector, including slower loan growth, continued margin compression and market concerns over a deterioration of banks’ asset quality,” he told SunBiz via email recently.

Individually, he noted that banking stocks did well in 1Q16, with five out of the nine major banking groups outperforming the FBM KLCI.

“From a macro point of view, the key drivers of the sector’s outperformance in 1Q’16 were the positive fund flows and strengthened market sentiment arising from the appreciation of the ringgit and recovering oil prices.

Tengku Zafrul said bank stocks in the country were popular with investors as they were trading at attractive valuations.

For the remainder of 2016, Tengku Zafrul said CIMB is cautious on the prospects for the banking sector as it is mindful of the potential downside risks which may impact earnings.

“Any drastic slowdown in the Malaysian economy, for instance, would affect key drivers such as loans growth as well as asset quality for the sector, and the potential increase in capital allocation to meet liquidity requirements under the Basel III framework is also a concern to note.”

Meanwhile, AmBank Group CEO Datuk Sulaiman Mohd Tahir said the bank will be unveiling a new business strategy in conjunction with its FY16 year-end results announcement this month as part of its plan to earn sufficient revenue and maintain profitability.

“We are committed to delivering sustainable returns to our shareholders by steering growth in preferred segments, expanding fee income and efficient cost management,” he told SunBiz.

Given the current economic outlook and increased regulatory oversight, Sulaiman said, the biggest challenge for the banking sector this year is sustaining top line growth while running the business efficiently.