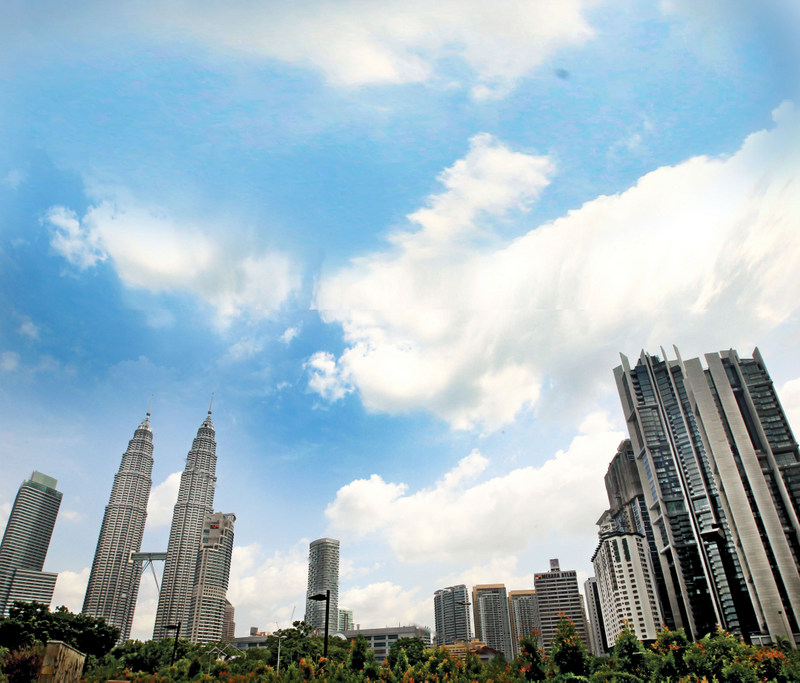 According to National Property Information Centre’s (Napic) 2015 Property Market Report, total loans to the property sector grew 2.6% during the quarter ended December 2015, a drop from the 4.3% in the previous corresponding period.

Of this, loans for low-cost properties recorded the highest with 26.2%, followed by high-cost homes at 3.4%.

During the quarter ended December 2015, loans for low medium-cost, medium-cost and higher medium-cost properties fell 2.7%, 2.3% and 2%.

During the launch of Napic’s market report earlier this week, Deputy Finance Minister Datuk Chua Tee Yong said that with the current slowdown in the local property sector, demand for affordable homes, especially those below RM500,000, were expected to increase. 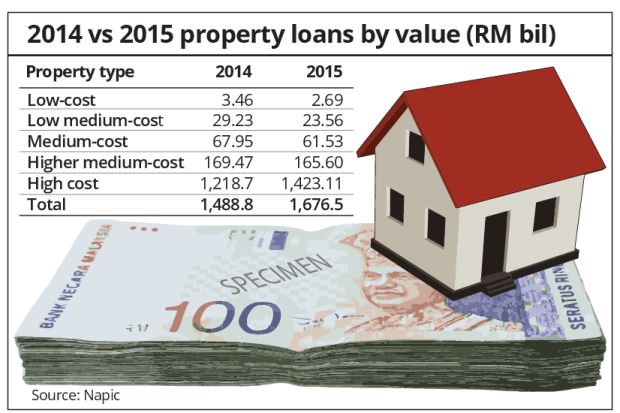 Recently, Bank Negara said there was a supply “mismatch” situation in the housing market that needed to be remedied as prices of homes in urban areas such as the Klang Valley continued to be beyond levels deemed as affordable.

While developers may consider homes below RM500,000 to be affordable, to the man on the street, that figure should be capped at below RM300,000.

Chua says a mismatch is bound to happen as developers have several factors to consider, namely building cost and the rising cost of land.

“This is the gap that the Government needs to look into, either by growth of income or by having schemes to assist.

“This is especially when we find out that for most first time homebuyers, the main problem that they have is not just the instalments, but the initial deposit of it. That is why the Government announced the MyDeposit programme to see the response and how it’s like in terms of the take-up rate.”

The MyDeposit scheme, which was announced during Budget 2016 last October, is aimed at helping the lower income group with a household income of RM10,000 and below.

Under the scheme, a contribution of 10% from the sale price, or maximum of RM30,000 (whichever is lower), will be given to first-time buyers looking for homes priced below RM500,000.

The scheme saw overwhelming response from the public with more than 6,000 online registrations within a week of its launch.

Chua says the Government is fully aware of the housing affordability issue in Malaysia.

“The Government knows of the situation and that’s why they have PR1MA, where the prices are 20% below the market. There are also other measures that are being implemented.

“The Government also needs to implement measures off and on to meet the needs of the Rakyat and at the same time, not have too many restrictions because the property market, especially the private side, has a lot of multiplier effect especially for the gross domestic product and the economy.”

Last month, Bank Negara deputy governor Sukhdave Singh called for a closer cooperation between the public and private sectors to come up with a practical new solution on the supply mismatch in the local housing sector.

He said the housing segment today was seeing a lot more homes entering the market at the higher price range, although demand is the highest at the lower end of RM500,000.

Sukhdave also said that a lack of good public infrastructure will force the lower income groups to live close to where they work – where they are left to higher rentals or cost of housing.

He said he is hopeful that with the MRT and other improvements in the transportation sector, people will be able to live further from where they work and yet be able to get low cost transportation to get to their workplace efficiently and on time.

At the launch of Napic’s market report, Chua says the residential sub-sector is expected to experience further softening in 2016 in view of various internal and external uncertainties foreseeable in the coming year.

He emphasised that issues on affordable housing and affordability of home purchasers will continue to top the national agenda, such as the measure announced under the recalibration of Budget 2016, where new housing projects priced up to RM300,000 be limited to first-time homebuyers.

In spite of the weak outlook for the local property sector, Chua says the market will be able to endure the challenging period with adjustments and corrections expected from both the demand and supply side.

He says even though the property sector may see moderation in market activity, the slowdown would still be manageable.